If you are looking for someone to help you network your property for top dollar in the Hampton Roads Community, or looking for representation in buying a new home close to the attractions you desire, you can email Jason E. Dodd at jdodd@jasonedodd.com, or just call his CELL directly at (757) 472-8798.

You gain a huge competitive edge with Jason whether you are a buyer or a seller, HERE’s WHY…..

Jason Dodd’s background as a Real Estate Sales and Marketing Executive and Hampton Roads Attorney has contributed greatly to his success in real estate. A Hampton Roads’ resident since 1993, Jason and his wife Catherine live with their three children in Norfolk. Jason’s roots in the Hampton Roads Community are extensive and deep.

PERFORMANCE
Jason E. Dodd is the Top Agent with Re/Max Ambassadors, one of the Top Ten Agents in Hampton Roads, and one of th Top 25 Agents in Re/Max Central Atlantic Region. Jason has Sold and Closed over 35 Million Dollars in Residential Sales in the past 24 months. In today’s competitive market, you want a REALTOR with a proven track record in negotiation, marketing and sales. Jason’s background as a licensed attorney dealing in many issues including real estate since 1992, and his status as one of the Top Agents of Hampton
Roads, makes him a valuable resource in your real estate transaction. Jason uses his skills in negotiation, networking and cutting edge Internet marketing to help you find the right house, or to sell the one you already own at the price you want!

Jason is the #1 Sales Agent of Re/Max Central, with over 100 Million Dollars in Sales since 2015.  Jason is a Member of the Circle of Excellence of the Hampton Roads Realtors Association, and the Diamond Award Recipient from 2015-2018, and was awarded the Outstanding Rookie of the Year for his Outstanding Sales Success in helping Buyers and Sellers, during his First Year in the Real Estate Market. Jason has also received the Re/Max Lifetime Achievement Award, based on his Exemplary Results and Volume of Sales in Residential Real Estate.

Jason Dodd was recognized as one of Inside Business Newspaper’s “Top Forty Under Forty” in for his outstanding achievements in his business dealings and his community service in groups such as the International Azalea Festival, Festevents and the United Way.

EDUCATION
Jason grew up in Central Virginia in the City of Lynchburg, and attended TheUniversity of Virginia in Charlottesville. He obtained a B.A. degree in History. Jason then began his migration east towards the coast, and attended law school at The College of William and Mary, Marshall Wythe School of Law in Williamsburg, Virginia, where received his law degree upon graduation. Since then he has received his Virginia Real Estate Salesperson License, REALTOR designation, and is constantly updating his knowledge in real estate matters with continuing education courses to better serve buyers and sellers with up to date laws and information!

PERSONAL
Jason and his wife Catherine live in the Lochhaven section of Norfolk with their three children. They enjoy many family activities such as going to the beach, playing in the nearby park, and volunteering with various Community Service Projects. 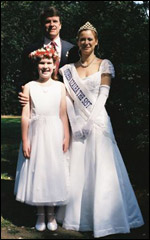 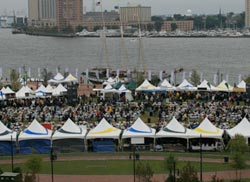 Festevents:
Jason also sits on the Board of Directors of Festevents, and has been a Board Member since 2002. Festevents is an organization which prides itself on hosting and producing the nationally known andaward winning festivals in Norfolk’s Town Point Park, including Harborfest, Jazzfest, the Wine Festival and the Bayou Boogaloo. Having his finger on the pulse of Hampton Roads’ cultural and entertainment choices makes Jason Dodd the “go to guy” on what is happening in and around Hampton Roads. Jason Dodd advises buyers when making their decision on what neighborhood is right for them based on proximity to the area’s best attractions: beach front, museums, parks, or downtown shopping! www.festevents.org 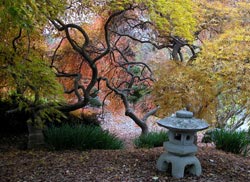 KNOWLEDGE
You deserve a knowledgeable REALTOR who knows the area. For over 16 years Jason has lived in Hampton Roads in many neighborhoods, and knows this market! Due to his extensive community leadership involvement and networking abilities, he is able to put buyers and sellers together. With his up to date real estate knowledge with continuing education courses, and law degree, he is uniquely positioned among other agents, to offer you a competitive bundle of services that will give you the competitive edge you deserve in your real estate dealings. 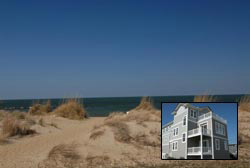 UNDERSTANDING
You want an agent who identifies with you. Jason’s empathy for you is sincere because of his experience in real estate as both an agent, and as a customer/client and his love of Hampton Roads. This gives Jason an ability to identify with you since him as been there too. Like you, Jason looked at buying real estate in Hampton Roads, made his move to the region, and has been loving it ever since. Whether it is realizing the dream of finding and buying a first home, expanding your home with a growing family, looking for investment rental property, or helping you downsize into a more comfortable space, Jason will listen and understand what you needs are.